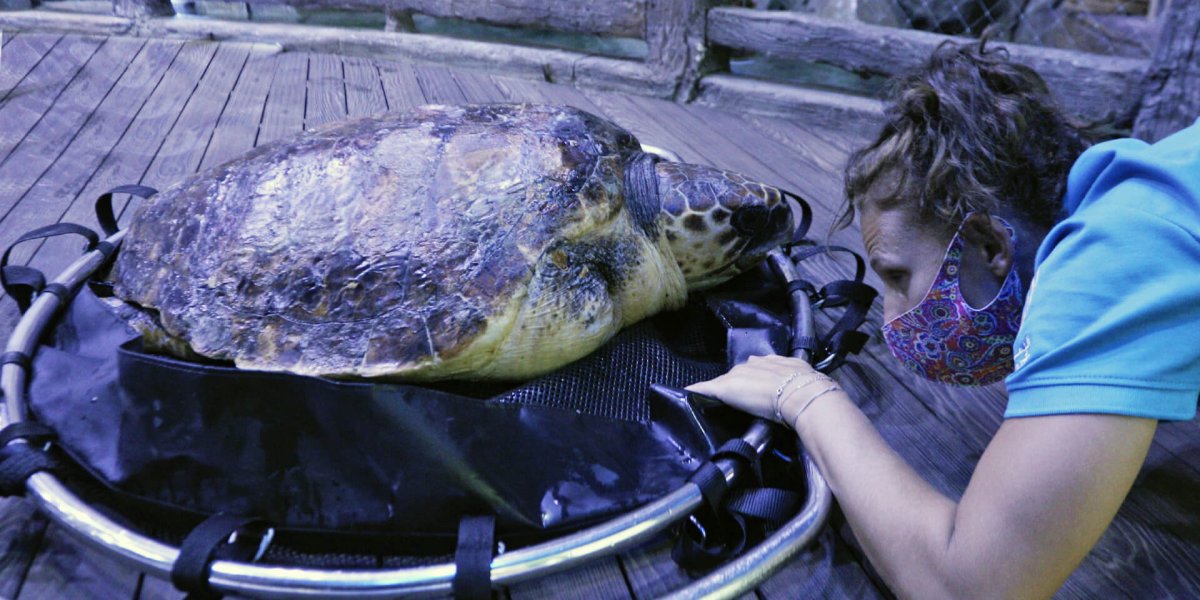 The Environmental Agency - Abu Dhabi (EAD), in collaboration with The Middle East’s largest aquarium, The National Aquarium located at Al Qana in Abu Dhabi, today announced that it has successfully treated and pre-released a Loggerhead turtle. The rescued female turtle is an endangered species of oceanic turtle as listed by the International Union for Conservation of Nature (IUCN), and is a breed that is rarely seen in the UAE. She was spotted by ‘The Emirates Nuclear Energy Corporation’s subsidiary; ‘Nawah Energy Company’ and brought by EAD to ‘The National Aquarium’’s treatment facility. Here, she was nursed back to health and later pre-released with all the 200 other green and sea rescued turtles into the UAE’s Natural Treasures Zone in The Aquarium.

After being found entangled in a fishing net that was left stranded by local fishermen, The National Aquarium team of specialists had to overcome a series of different challenges to save the turtle from the heavy damages inflicted by the fishing net. In fact, as they began to operate on her, they found multiple broken bones and expelled swelling due to the damage caused from the net, which sadly led to the loss of another one of the turtle’s flippers. This means that she will not be able to survive alone back in the wild, as she was found already missing one flipper due to unknown causes, and will have to remain within the aquarium for permanent care.

Throughout her intensive two-week treatment plan, the rescued turtle received outstanding levels of care, including overseas attention from Vets Dr. Claire and Dr. Max who are based in the UK and Florida respectively, and are part of the Sea Turtle Resuce Alliance which is a global network for sea turtle rescue centres to share clinical knowledge and data to enhance medical practices at facilities worldwide.

The loggerhead turtle’s survival was uplifting news to the whole team but it is extremely unfortunate that she will not be able to be return to her natural habitat. Loggerhead Sea Turtles are a fundamental link in the marine ecosystem and help maintain the health of coral reefs and seagrass beds which are essential to the survival of all oceanic life. The National Aquarium calls upon all citizens and fishermen around the UAE to always respect the nature that surrounds them and remember the collective consequences of their daily actions.