Since the start of 2022, The Environment Agency – Abu Dhabi has rescued over 250 turtles with the support of The National Aquarium 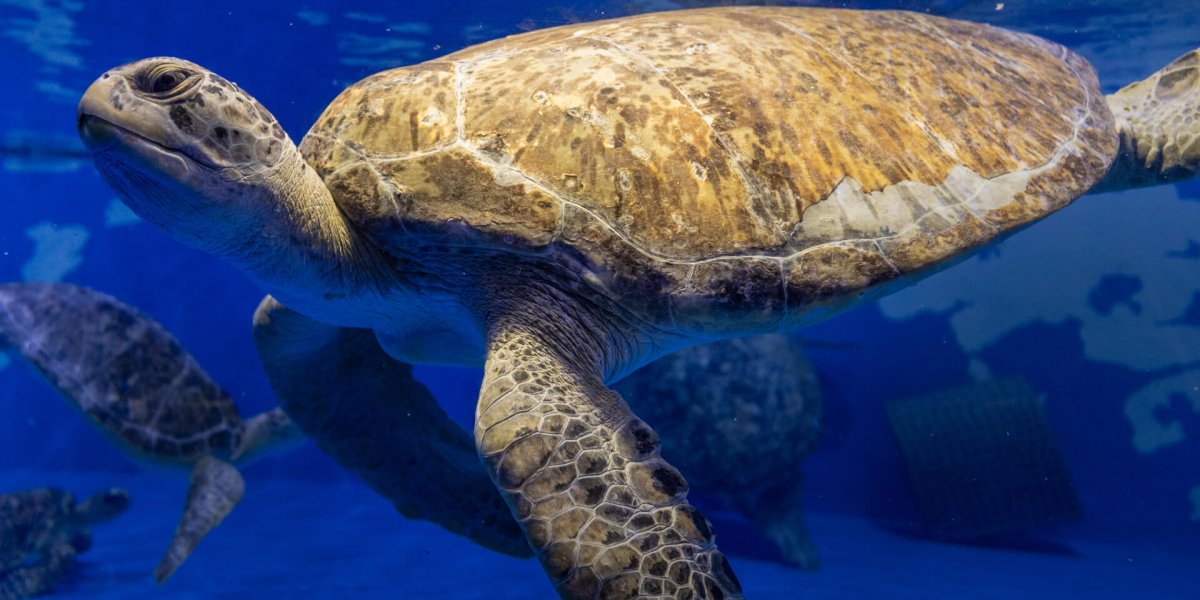 UAE, Abu Dhabi; 31st March 2022: The Environment Agency - Abu Dhabi (EAD) – the Middle East’s largest environmental regulator committed to protecting and enhancing air quality, groundwater and the biodiversity of Abu Dhabi’s desert and marine ecosystems – has already rescued over 200 sea turtles since the start of the new year. EAD’s commendable efforts have been supported by their Wildlife Rescue Programme partner and the largest aquarium in the Middle East, The National Aquarium of Abu Dhabi (TNA).

Ahmed Al Hashmi, Executive Director, Terrestrial and Marine Biodiversity Sector at EAD said, “Through our strategic partnership with TNA, we have been able to rescue and rehabilitate a number of turtles to ensure the longevity of several different turtle species found in Abu Dhabi waters. Furthermore, after releasing a large majority of these turtles back into their natural habitat, our specialized research team is monitoring them on a regular basis and frequently studying their behaviour and habits.

As part of our efforts, we are very pleased to include the rehabilitation of an Olive Ridley Sea Turtle, a species rarely seen in UAE waters; this is a sign of the abundance of our biodiversity, which we aspire to conserve so that future generations can enjoy it for decades to come.”

Due to the increasing number of turtles that continue being stranded in Abu Dhabi’s waters every year, EAD is now ramping up its efforts to further protect and conserve native wildlife. Accordingly, they have now added more manpower and invested in building state-of-the-art facilities; this proactivity reinforces their commitment to providing more efficient and effective rehabilitation for rescued local wildlife, with a specialized emphasis on sea turtles.

Beatriz Maquieira, Curator at TNA added, “Sea turtles are amongst the most migratory animals on the globe, and two of the seven marine turtle species found worldwide frequent Abu Dhabi's waters - the critically endangered Hawksbill Turtle and the endangered Green Turtle. With over 5,000 sea turtles residing in Abu Dhabi and a huge number of turtles arriving on a yearly basis, we want to continue providing the finest care possible for these animals.”

In 2020, EAD signed an MoU with TNA to birth the Wildlife Rescue Programme, a mission dedicated to rescuing, rehabilitating, and releasing native wildlife in Abu Dhabi. This alignment of objectives has successfully led to the rescue, rehabilitation and release of several species of turtles back into the Arabian Gulf, including rarely seen Loggerhead turtles and the ongoing and successful rehabilitation process of their most recent rescue, an Olive Ridley Turtle, which is the second-smallest of all sea turtles found in the world.

In 2021, the collaboration between EAD and TNA productively led to the rescue and rehabilitation of 250 sea turtles, of which, 150 were released back into the ocean, and three were satellite tagged. Additional release events took place last summer and now the current rescue of more than 200 turtles, which is the strongest start yet, will soon be released back into the Arabian Gulf; the current rescues can be seen one last time at The National Aquarium before the release commences.